The Lightroom CC ecosystem has been updated today, with updates for Windows & Mac (2.1) and iOS & Android (4.1). (Lightroom Classic CC has also been updated.)

In the Import dialog on the desktop, the Album list is now shown as a hierarchy, making it much easier to select an album. File Type badges now show on Import dialog thumbnails on Windows/Mac, and there’s a fix for scans that were incorrectly being identified as duplicates.

On iOS, when shooting with Lightroom’s Camera, the photos are now only added to the All Photos and Lr Camera Photos albums, rather than the album that’s open at the time. If you don’t want to see the special albums, such Lr Camera Photos and Recently Added, there’s a new arrow to hide them.

In Detail view on the desktop, if you float over the person’s name in the Keywords panel, a face region rectangle will appear over that person’s face in the photo, to help you figure out who’s who. 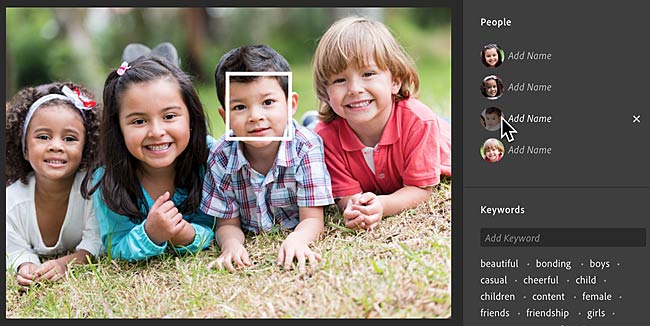 The mobile apps now suggest other groups of photos that could be the same person, expanding the behavior that was already available on the desktop. On Android, you can also move a photo from one person to another, rather than simply removing them from the incorrect person.

You can now set a more flattering cover photo for a person on iOS, as well as on the desktop. And on Windows, Mac, iOS and Android, you can now sort the people grid by last name, as well as by first name or photo count. 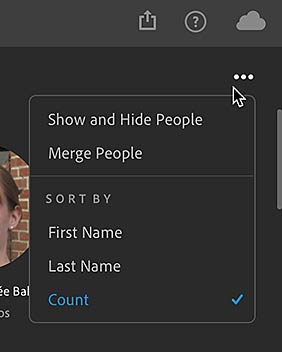 On Windows, Mac and Android, there’s a new Hide Partially Compatible Presets option. Partially compatible presets include settings that can’t be applied to the current photo, for example, a preset may be designed to apply a profile that is only available for raw files from specific cameras. In previous Lightroom CC versions, the presets simply disappeared from view, causing some consternation. Now, with the Hide Partially Compatible Presets option disabled, the partially compatible presets are available for use, but the result may not be as expected. 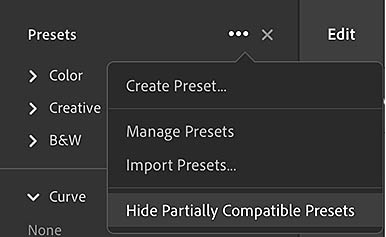 When creating a new preset on Windows, Mac or Android, if you type the name of an existing preset in the same group, Lightroom now asks whether to replace the existing preset or keep both. This isn’t yet available on iOS.

The iOS Before view, accessed by a long press on the screen in Edit view, has been updated to match the desktop behavior. Now it shows the original/unedited version, but with the Crop and Geometry edits applied, to make it easy to compare your edits with the original.

When sharing an album from the desktop, you can set it to show only photos with a flag or specific star rating without having to switch to the web interface or your mobile device. Lightroom now automatically hides rejected photos in new shared web galleries. 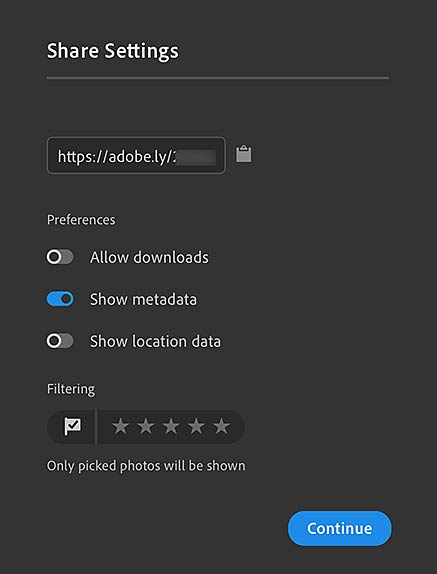 The Sharing view is now available on Android, to complete the set. You can also now create Ad-hoc Shares from the Android app, sharing specific photos rather cluttering up your Albums panel. 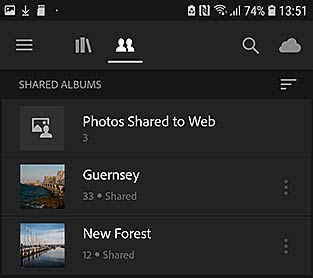 As always, the engineers have been working hard to fix bugs. Adobe only publishes the ones that were reported by users, and this time they include:

The eBooks for Adobe Lightroom CC – Edit Like a Pro are already updated for these changes, and can be downloaded immediately after purchasing. If you’re already a CC Premium Member, the updated eBooks are available for download in your Members Area.