Of course there’s new camera/lens support, as well as bug fixes. The Android version has gained lots of new features this time. The new features in this release are:

You can now fix geometric distortion using the same tools as the desktop, including the automatic and guided upright modes. You’ll find the controls in the Geometry tab in Edit view. 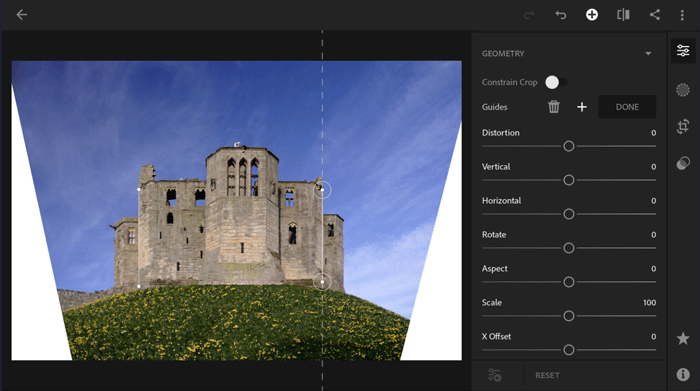 You can now add a simple text based watermark when sharing photos from the Android apps. To set the preferences, tap the menu icon in the top left corner of Organize view, and go to Preferences > Sharing Options. Toggle the Share with watermark switch and tap Customize to set the watermark properties. Here you can select the location, opacity, font and size.

You can now access Android’s file manager to add photos from various sources, including other apps, a DSLR camera connected in PTP mode, or your device’s folder storage. To access the files, tap the … icon to the right of the album name in Organize view, or the blue Add Photos button in the bottom right corner of Grid view, and then select Files. (Requires Android Kitkat or later.) 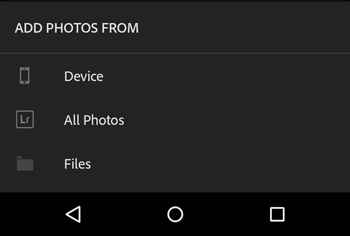 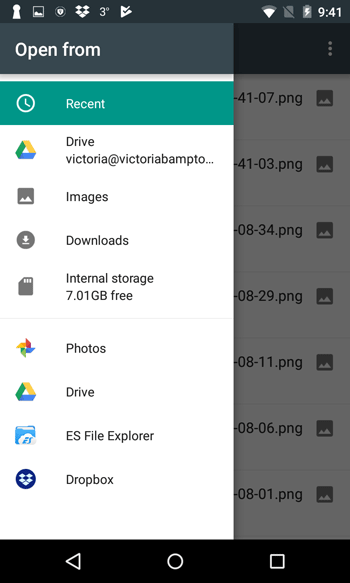 Add to Lightroom from Other Apps (Android)

If you’re working in another photo app, tap Share and select Add to Lr to send the photos directly to Lightroom’s All Photos album, without having to stop and switch to Lightroom to manually add the photos.

Using Google Assistant search, you can search for photos using terms such as “search mountains in Lightroom” and it’ll open Lightroom and automatically search for photos that meet your criteria. (Requires Android Marshmallow or later and an active internet connection.)

There are loads of bug fixes on all versions. Adobe only usually publishes the bugs reported by users, which this time include:

If you find another bug, click here to report it.

To update, go to Help menu > Updates or click the Update button in the CC app. The update servers take a while to push the updates around the world, to avoid crashing the servers. You can also open the Creative Cloud app, click the … icon (top right) and select Check for Updates to give it a nudge.