The Lightroom cloud ecosystem has been updated today, with updates for Windows & Mac (6.1) and iOS & Android (8.1). As well as bug fixes and new camera / lens profiles support, there are a number of enhancements to existing features. (Lightroom Classic has also been updated.)

One of most popular feature requests from ex-Classic users has been the Camera Calibration panel. They’re actually legacy sliders, from the early days of Camera Raw, so they’re no longer usually used for their original purpose, but they are popular with preset developers. The sliders are now available in the desktop apps, but they’re hidden by default, so visit Edit’s … menu to show the panel. 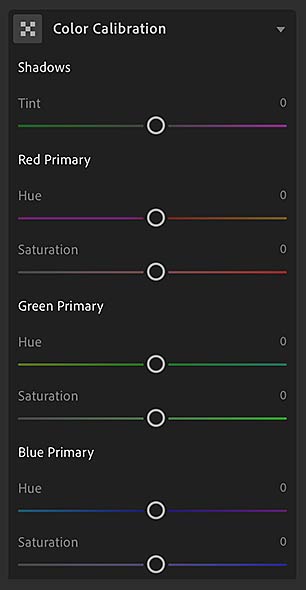 The Masking sliders are now grouped into panels to make them easier to navigate.

At last! You can now add a widget to the iOS Lock Screen to take you straight to Lightroom’s camera!

There’s a new test feature in the Detail view’s Share menu, which might be called something like Add border and share. It’s currently in a test phase, so it won’t show on everyone’s device, and the wording may change. Great opportunity for you to share your feedback! 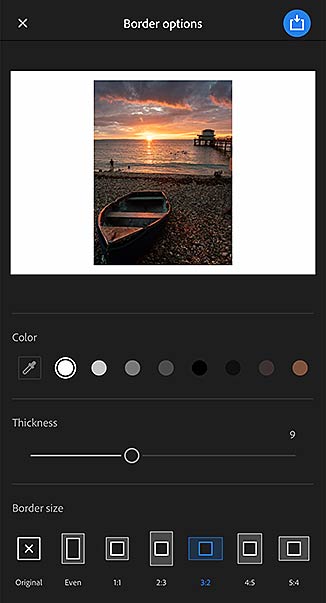 When a new camera is released, standardized formats such as JPEG, TIFF and DNG are supported immediately. Proprietary raw file formats are not standardized, so they must be individually added in a Lightroom release. Most cameras are supported within 2-3 months of their release.

To update, go to Help menu > Updates or click the Update button in the CC app. The update servers take a while to push the updates around the world, to avoid overloading the servers. You can also open the Creative Cloud app, click Update on the left, then click the … icon (top right) and Check for Updates to give it a nudge. To update on mobile, visit the App Store (iOS) / Play Store (Android). 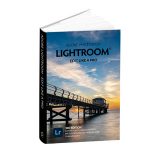 The eBooks for Adobe Lightroom – Edit Like a Pro are already up-to-date, and can be downloaded immediately after purchasing. If you already have a current Lightroom Cloud Premium Membership, the updated eBooks are available for download in your Members Area.