The Lightroom cloud ecosystem has been updated today, with updates for Windows & Mac (2.4), iOS & Android (4.4) and Web. (Lightroom Classic has also been updated.)

The Deleted Photos view, which was added to the web interface in May, is now also available on the desktop and mobile apps. Deleted photos are put in the trash for 60 days before being permanently deleted. If you have a current subscription, you can restore photos from any device, as long as they’ve finished uploading. Free accounts can only restore photos on the device used to delete them. 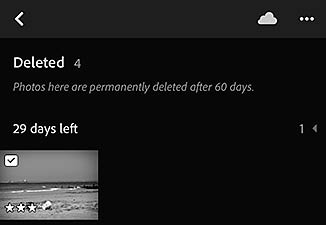 In addition to syncing edits to multiple photos, which was added in the last release, you can now change the Title, Caption, Copyright, Star Rating and Flag on multiple photos at once, as you can on the desktop. This isn’t available on iOS yet, but Adobe’s confirmed they’re working on it. 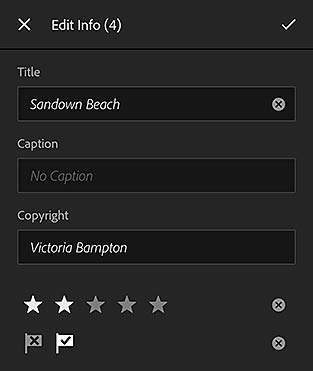 Additional search facets are now available on mobile (already available on the desktop), including focal length:, type: and depth map: The full list of available facets can be found on page 103 of the August 2019 release of Edit Like a Pro.

Finally! Videos can now be added and viewed on Android. They can’t be saved back to the device yet, although there is a workaround using a web browser. 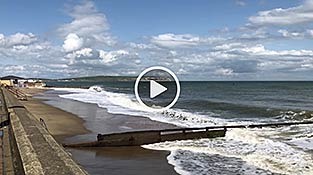 The Activity View is now available on Android devices (already available on iOS), allowing you to view and add likes and comments to shared web galleries directly in the app. 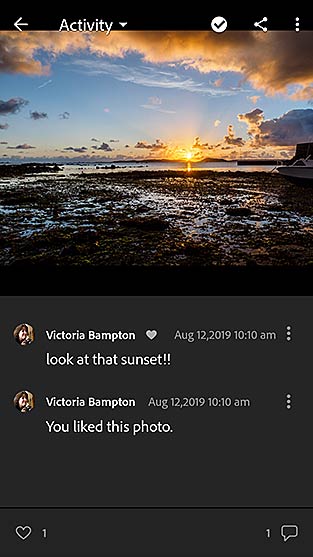 In previous releases, you could filter the photos to share only those with a certain number of stars, or only the flagged photos. This filtering is being removed, due to some upcoming changes, so you can no longer set filters for new shared albums. There’s a yellow warning icon to alert you to affected galleries, but you don’t need to do anything, as Lightroom will maintain the privacy of previously-filtered photos. 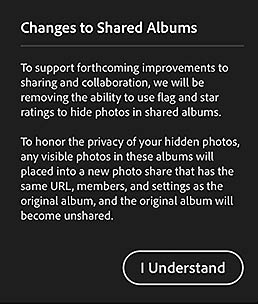