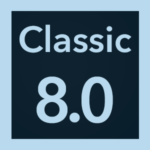 Lightroom Classic CC 8.0 has been released today. This isn’t an 8.0 in the conventional sense, because it’s now subscription software instead of single payment. New features have been released every couple of months, rather than having to wait for a single 8.0 release. In the last year, we’ve had:

and a mass of mobile and Lightroom CC improvements, as well as smaller features

These days, version numbers are only used for technical support and checking that you’re on the latest version, so Adobe is likely to bump the version number about once a year.

This release does not upgrade your catalog format, so you can roll back to 7.5 if you need to. It uses the same preferences file (Lightroom Classic CC 7 Preferences.agprefs / com.adobe.LightroomClassicCC7.plist), so you can treat it as “just another dot release.”

This release has some major improvements for Canon tethering, a new Depth Range Mask, as well as bug fixes and new camera/lens support.  The entire Lightroom CC ecosystem has also been updated.

macOS 10.14 Mojave is officially supported in this release.

Support for macOS 10.11 El Capitan and Windows 8.1 has been dropped in this release, so the team can focus their testing efforts on the most widely used platforms and use new features found in more modern operating systems.

If you’re on Windows 10, you’ll need v1703 or later, which just means you need to have installed Windows Updates at some time in the last 18 months.

The legacy AVI video format is no longer supported on macOS, but AVI files already in your catalog will still play in a separate window. You just can’t import new ones. They continue to be supported on Windows.

The Map Module has been updated to integrate some changes made by Google. You’ll need 8.0 or later to use the Map module after 30 November 2018.

Canon tethering has been updated to improve reliability and performance, and two new checkboxes – Disable Auto Advance and Save a Copy to Camera – have been added to the Tether Settings. You can also now select the shutter speed, aperture, ISO and white balance from the Tether window instead of having to go back to the camera.

Already available as a Tech Preview on the iPhone version, the Depth Range Mask allows you to access the depth information in some HEIC format photos, to help you quickly make a selection. To benefit, you’ll need an iPhone with dual cameras (7+, 8+, X, XS, XS Max). You’ll find the Depth Mask Controls in the local adjustment tools, along with Luminance Range Mask and Color Range Mask. 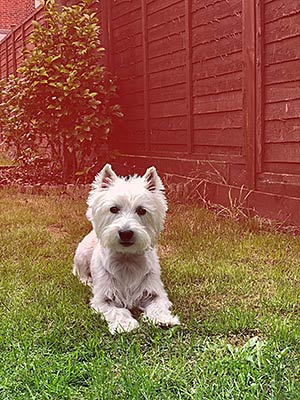 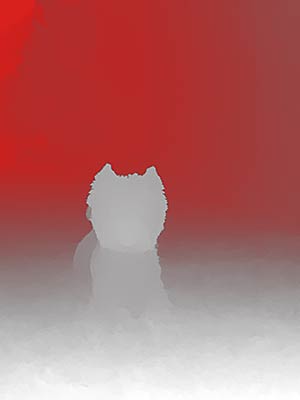 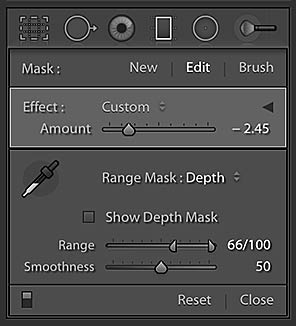 The Process Version has been updated in order to improve Dehaze and purple noise.

Moving Dehaze to the left could have some unexpected results in earlier versions, like the strange yellow shown below, and high ISO photos could turn purple in the shadows in some circumstances, but these issues are fixed in PV5. You don’t need to update your existing photos unless they exhibit one of these issues.

There’s a new Photo Merge > Merge to HDR Panorama command to merge exposure bracketed images in a single step, instead of having to merge the HDR files and then merge into a panorama.

There are loads of bug fixes, but Adobe hasn’t published a list this time.

The eBooks for Adobe Lightroom Classic – The Missing FAQ are already updated for these changes, and available for download in the Members Area for current Classic Premium Members.