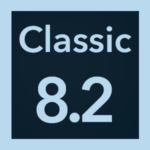 Lightroom Classic CC 8.2 has been released today. As well as performance improvements, bug fixes and new camera/lens support, the engineering team have spent this release cycle focusing on some interesting camera and raw file enhancements. The entire Lightroom CC ecosystem has also been updated.

Overall 8.2 is looking pretty stable. Some notable bugs have been found in Enhance Details and are being investigated. They appear to be hardware-specific.

There’s one more issue, opening photos from Lightroom into Photoshop if the photos are stored on a NAS. This is a bug in Camera Raw, and the temporary solution is to roll Camera Raw back to version 11.1.

Adobe’s big news in this release is the Enhance Details tool. It’s designed to extract additional detail from raw files at the initial demosaic stage of raw processing.

Let’s say from the outset, this isn’t a tool you’ll use on every photo. As this advanced demosaic is slower than the standard demosaic, the result is saved as a linear DNG file next to the original, with -enhanced added to the file name, and these files are much bigger than the originals.

On most photos, the standard demosaic is already extracting all of the available detail, but you may see a difference if:

To play spot the difference, zoom into 1:1 or greater, or use the preview in the Enhance Details dialog. Look for very fine details, especially if they’re diagonal or curved, such as twigs in a tree. Also look for edges of contrasting colors, such as autumn leaves against a blue sky.

Adobe’s shared some additional technical information in a special blog post, which you can read here.

Enhance Details requires Windows 10 October 2018 release (1809) or later, or macOS 10.13+. Microsoft had some issues with their initial 1809 update release, so many people’s computers are still saying they’re up to date even though they’re on an older version. Here’s how to force the Windows update. 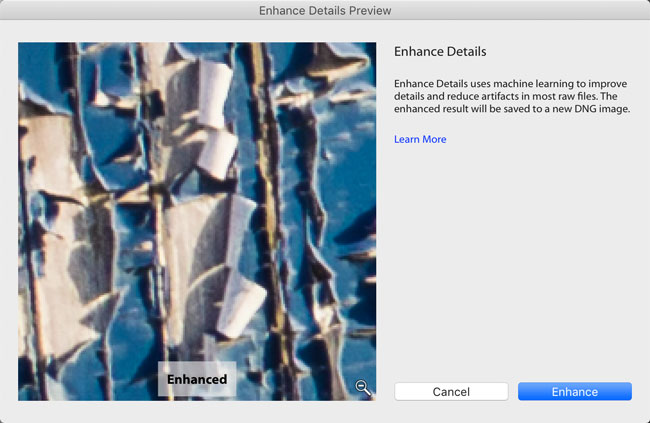 Nikon tethering has been updated to match the October 2018 Canon tethering updates. Now, whether you’re shooting Canon or Nikon, you can control the basic camera settings directly from your computer.

There’s also a new Disable Auto Advance checkbox in the Tether Capture Settings dialog, which keeps the existing photo on screen instead of automatically switching to the newly captured photo. It’s useful if one person is working on the images while another person is shooting.

As you may not be on the ground when shooting a photo, automatic address lookup no longer adds / updates the altitude automatically when you drop photos onto the map. If you do want to apply updated Google Maps altitude data to a photo, click the Altitude icon in the Metadata panel.

There are loads of bug fixes, but Adobe only publishes the ones that were reported by users:

The eBooks for Adobe Lightroom Classic – The Missing FAQ are already updated for these changes, and can be downloaded immediately after purchasing. If you’re already a Classic Premium Member, the updated eBooks are available for download in your Members Area.