“Synchronize Folder.” Sounds safe enough, doesn’t it. And it IS safe enough… as long as you read and understand the dialog. But how many of us hit OK on dialogs without first stopping to read them? I’ll admit, I’ve done it too. If you do that with the Synchronize Folder dialog, you can get into all sorts of trouble, so let’s take the time to read it properly…

The main purpose of Library menu > Synchronize Folder (also found in the folders right-click menu) is to update Lightroom’s catalog with changes made to the selected folder by other programs, for example, adding or deleting photos or updating the metadata.

But stop! Before you press the Synchronize button, stop and think. If Remove missing photos from the catalog has a number next to it and you synchronize that folder, you may lose the work you’ve done in Lightroom. It doesn’t intelligently relink missing files. Instead, you need to cancel out of the Synchronize Folder dialog and manually relink the missing files.

Synchronize Folder is also the wrong tool to use when moving photos to a new hard drive, or moving to entirely new computer.

So when is it useful? If you’ve dropped photos into a folder using other software (including Windows Explorer/Finder), or you’ve edited a photo in an external editor (e.g. Photoshop or OnOne) and it hasn’t been automatically added to the catalog, then Synchronize Folder saves you navigating to the folder in the Import dialog.

Next time you need to use Synchronize Folder, don’t forget to stop and read the options carefully before pressing OK. 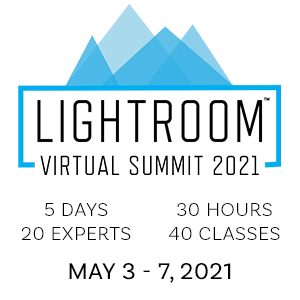