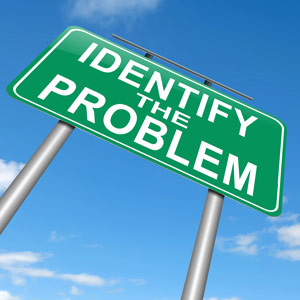 Over the past 8 weeks, we’ve learned the pros and cons of non-destructive editing, how different computer components affect different areas of the program, and the ways you can adjust your Lightroom workflow to get the best performance.

In the first post, we said simply saying “Lightroom is slow” doesn’t help, because different areas of the program benefit from different optimizations. In this final post, we’ll summarize the main places to look for improvement, based on what specifically is slow.

Loading the Lightroom program is primarily dependent on your drive speeds, for both the OS/program files and also for the catalog. If you’re finding it slow to load, replacing your spinning drive with an SSD can help, and is a relatively inexpensive upgrade.

Load time is also affected by the size of the catalog, however I wouldn’t recommend breaking the catalog up into smaller catalogs to solve this, as this causes more problems than it solves for most people.

Importing photos is also primarily limited by file transfer rates. This includes the speed of the source – whether that’s a camera cable, card reader or hard drive – and the speed of the destination drive(s).

For the destination, there are potentially two drives in play: the main Destination folder and also the Second Copy location. If these are on external drives, the connection speed (USB2 vs USB3, etc.) is usually the main issue. Many photographers send their second copies to a NAS, which can reduce the speed further.

If you choose to add the photos at their current location, this is a lot quicker than moving/copying the files, however take care that the photos are on a hard drive, not a memory card.

Finally, the additional work you ask Lightroom to do immediately after import can prolong the import time, especially conversion to DNG format or building previews.

The time it takes to build previews is largely dependent on your computer’s processing power, but also the drive speed for the catalog and original images.

Improving preview build times frequently requires a newer CPU, so it’s not an easy fix. If you’re running low on RAM and having to use temp files, this may slow you down further, so it’s worth keeping an eye on Resource Monitor (Windows) / Activity Monitor (Mac) to see which computer components are reaching their limits.

The simplest solution for building previews is simply to let them build overnight, or at another time when you don’t need the computer. Also, you only need to build the previews you actually use, so if you never zoom in the Library module, there’s no need to build 1:1 previews.

You can speed up viewing in the Library module by building the right size previews in advance. If you need to zoom in, you’ll need 1:1 previews. Otherwise, standard sized previews (set to Auto in Catalog Settings) will be plenty. If you’ve made Develop edits since building the previews, don’t forget to rebuild them, otherwise they’ll have to update when you select the photo.

Applying metadata is mainly limited by the speed of the drive containing the catalog, so again, putting the catalog/previews on an SSD makes a notable difference.

It also helps to minimize the amount of work Lightroom has to do, especially closing the Collections, Metadata and Keyword panels if you’re not using them.

Don’t forget to optimize the catalog regularly, as this saves Lightroom skipping around the catalog to find the information it needs.

Moving or deleting photos is also affected by drive speeds – both for the original images as they’re moved, and also the catalog as the image records are updated.

Lightroom also has to redraw the grid view as photos disappear, so switching to a different folder or collection (e.g. Quick Collection) can speed it up slightly.

Finally, rather than trying to delete one photo at a time, consider marking them as rejects and then deleting the rejects when you’ve finished sorting through the photos.

Moving over to the Develop module, let’s talk about loading speed. This is primarily dependent on any data that is already cached, then on a mix of processing power (CPU/GPU), screen resolution, drive speeds, and of course, the size and complexity of the image files too.

If you’re moving through photos sequentially (and not too quickly!) in the Develop module in CC 2015.6 / 6.6 or later, Lightroom automatically caches the photos either side in the background to improve loading speed. Once the image data is loaded from the cache (held in RAM), the CPU/GPU is responsible for additional image processing. In this scenario, buying a computer with a faster CPU is your main upgrade potential.

If you’re not moving sequentially, additional factors come into play. The full resolution image data has to be read from the hard drive, so hard drive speed is a major factor. Once the image data is read from hard drive, then initial processing has to be applied, which is dependent on the CPU or GPU processing power.

If you’re using a standard HD resolution monitor (e.g. 1920×1080), it’s worth leaving the GPU disabled in Preferences > Performance, as this increases image loading time without a noticeable benefit, but the smoother interactive performance makes it worth enabling on 4K/5K screens.

The higher the resolution of the image, the more data there is to process, so 50MP images will naturally take longer than 5MP. Some sensors (I’m looking at you, Fuji!) also require more complex calculations.

Whether you’re moving sequentially or skipping around, building Smart Previews in advance and then checking the Preferences > Performance > Use Smart Previews instead of Originals for Image Editing checkbox (in 2015.7 / 6.7 or later) or taking the original photos offline (in 2015.6 / 6.6 or earlier) is the greatest potential improvement, simply because there’s less data to read and process. If you’re struggling for loading times in Develop, this is your first place to start.

Once the photo is loaded into the Develop module, as long as you have enough RAM, then you’re primarily limited by your processing power – the CPU or GPU, depending on your screen resolution.

If you’re using a 4K/5K monitor, it’s worth enabling the GPU for smoother interactive performance, but on standard HD resolution monitors (e.g. 1920×1080), you’re better to leave it disabled and let the CPU do the image processing.

The more image data to process, the longer it takes, so you can reduce the preview size to limit the number of pixels Lightroom has to crunch. You can do this by resizing the Lightroom window, enlarging the panels or selecting a smaller zoom ratio (e.g. 1:4).

We also learned that the slider order can make a slight performance difference. Some tasks are more processor intensive than others, so using a pixel editor such as Photoshop for more complex local adjustments can be a good choice. Temporarily disabling complex calculations such as Lens Corrections can also help with interactive performance.

Like building previews and working in the Develop module, exporting photos is largely limited by the CPU, where multiple cores can help, and also the speed of the hard drive containing your original photos and the export destination.

Finally, sync speed is largely dependent on the speed of your internet connection, especially the upload speed, which is often around 1/10 of the download speed.

That’s it for our performance series! For the full index of posts, see the first post. A free printable eBook will be available soon, so sign up for the newsletter if you’d like to be notified of its release.