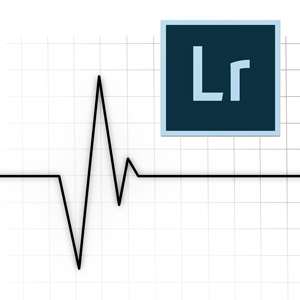 Two days ago, Adobe announced a mass of confusing changes. I’ve already posted all of the facts, frequently asked questions and information you need, but many Lightroom users are worried that our traditional folder-based version of Lightroom (now called Lightroom Classic) is being phased out.

So is Lightroom Classic dying? Adobe says it’s not, but they also said the perpetual license would be available “indefinitely” (which can have multiple meanings), so can we believe what they say? I don’t know what Adobe is planning, and none of us can foresee the future, but we can consider a little logic…

Firstly, what’s causing the concerns? Is there any evidence to support or disprove the worries?

Yes, Lightroom now has a little baby brother. But Photoshop’s had a baby brother (Elements) for years without getting killed off, so that doesn’t mean much.

Lightroom CC’s getting all the attention

New babies are often the center of attention. It wears off.

They gave away Lightroom’s name

That’s more telling. They clearly see the new app as the future of Lightroom. But like any newborn baby, its current state gives few clues about how it will turn out when it grows up.

They called ‘the old one’ Classic

Some say that sounds like it’s old and in its way out. Others prefer the dictionary definition of “recognized and established value” or “traditional”.

The obvious solution would be to call it Lightroom Pro, but that would suggest the new baby Lightroom wouldn’t be suitable for Pros when it grows up. The fact Adobe avoided that suggests they plan on making the new Lightroom CC suitable for pro workflows in the future too. I think that’s reassuring.

Classic didn’t get many new features

It’s true, Classic didn’t get a long list of new features. On the other hand, Lightroom users have been begging for performance improvements, editing improvements and bug fixes for years. They start seriously working on these issues and now we’re complaining? And why bother to work on these issues if they’re planning to kill it off soon?

I can’t foresee the future, although it would be a handy skill. We can, however, learn from what they’ve done in the past. Let’s take Photoshop as an example. Adobe announced that future releases would only be available on subscription, but they kept selling the perpetual license of the old one. Once the vast majority of users had moved to subscription, they then killed off perpetual. They’ve just done the same with Lightroom, so there’s a pattern.

What can we learn from this? Adobe makes some odd decisions at times, but they are good at making money. They don’t kill off a profitable part of their business until most customers have moved over to a new product.

How does that help? Ok, let’s assume that they’re eventually going to kill off Lightroom Classic. History would suggest they wouldn’t do that until they have a viable alternative for the majority of their customers.

Now let’s imagine that alternative-in-waiting is the new baby Lightroom CC app, all grown up. There are currently some major limitations that make it impossible for many users to migrate:

Once they’ve addressed these issues – and no doubt a few more besides – then potentially Lightroom CC could be a good fit for the majority of Lightroom users, and Adobe could be in a position to kill off Lightroom Classic.

But that couldn’t happen overnight, so how long would it take? I don’t know. Technology moves fast, but that same time span equally gives other companies time to develop and improve alternative photography applications, so we have plenty of choice.

My point? Even if we assume that Adobe is going to cease Lightroom Classic development at some point, there’s no rush to make a decision about what’s next. So many things can change in that time. Lightroom CC may grow up to be even better than Lightroom Classic – Adobe must have learned a few lessons along the way – or another company may bring out a new superduper competitor.

I’m not saying that it is or isn’t going to happen – I don’t know the future any more than you do – but even if we look at a worst case scenario of our beloved Lightroom being killed off someday, logically there’s no reason to panic anytime soon.