LrC 10.1 Mac: navigating in film strip not sync'ed to grid (and vice versa)

Hey all,
I haven't done LR work for a couple of months, but I did install the updates from time to time. I'm on 10.1 now (Mac) and today I wanted to do some library work. I encountered a weird issue while browsing some folders. 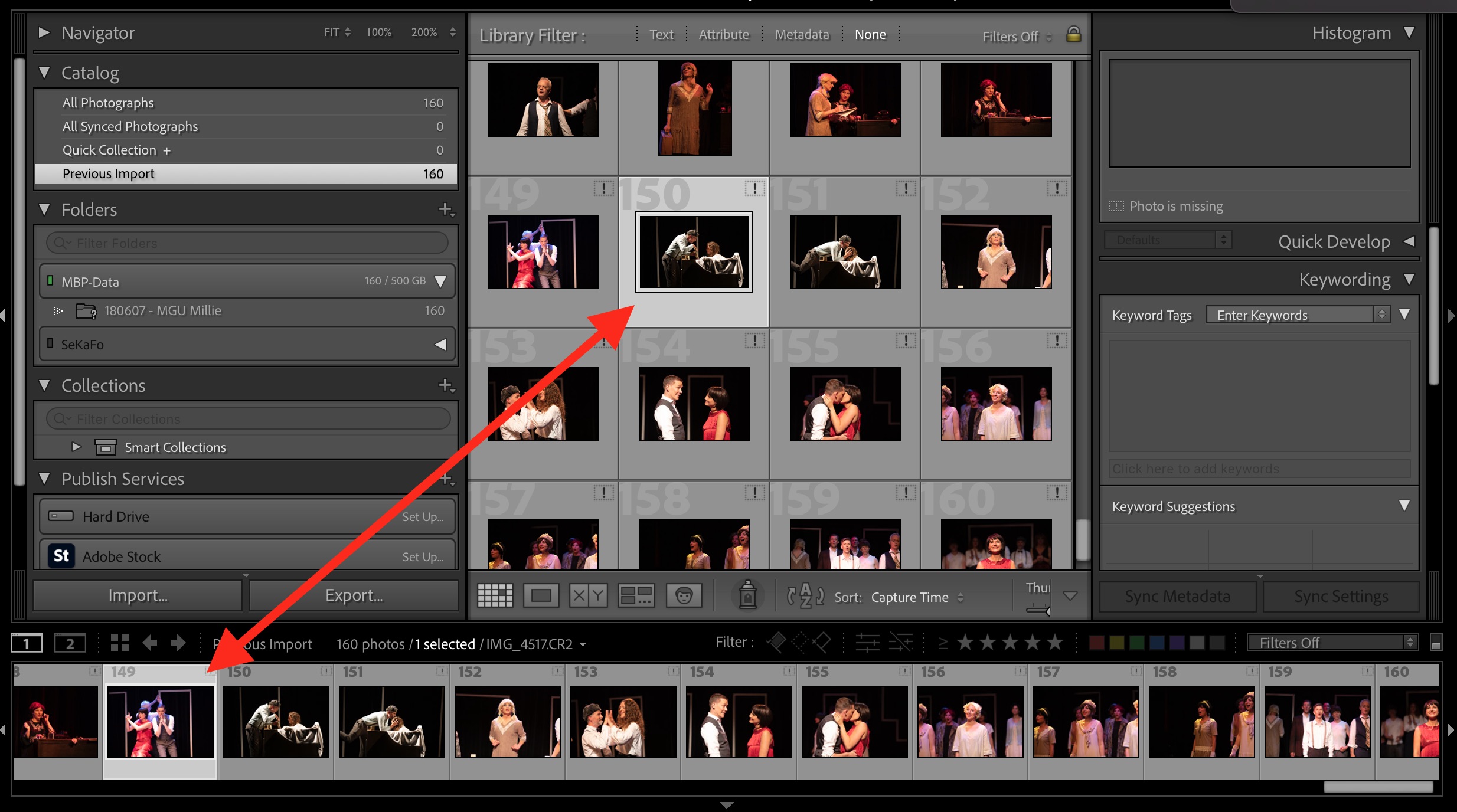 Your screenshot shows that LR thinks all those photos are "missing" -- they're not at the location recorded in the catalog. You should address that issue first -- see this article:
Lightroom thinks my photos are missing—how do I fix it? | The Lightroom Queen

If after resolving that you're still experiencing the problem with the filmstrip not matching the grid view, then try resetting LR's preferences:
How do I reset Lightroom's Preferences? | The Lightroom Queen

LR sometimes soils its preferences file, and resetting it can fix all sorts of strange behavior.
Upvote 0 Downvote
S

Thanks a bunch you for your insights. Resetting the prefs file did the trick. I did use that method before for another issue, but I didn't know it could also solve this type of malfunction.

About the "missing photos": in this case it was simply because those photos weren't online, which is "as designed" really. Also, the weird navigating issue persisted after I had reconnected the master drive.

I recently moved 100GB of photos away from my internal SSD to accomodate a larger RAW cache size (50 instead of 5 GB) and I'm now building smart previews for all the photos that still need PP work. On my old lady (2013 MacBook Pro w/ 512GB / 16GB) this does have a noticeable performance gain.
Selwin

Glad it was that easy to resolve.
Upvote 0 Downvote