I'm in the process of importing images that I just shot today and they are not importing in the order in which they were shot. In fact they are not even importing based on any kind of logical order, seems random. It's not capture time, file name, just random. In the past I've always imported using with the sort being set to file name. Just purely random import. Doesn't even import the actual first image as the first image. Makes it hard when you have some HDR images in your shoot to find which ones go together.

I must be missing something, but for the life can't figure out what, as I don't believe I've changed any settings since the last time I imported. Driving me crazy tonight.

After turning sort order off, they have imported correctly. At this point, my question is why is this the case?

There is no such thing as "import order". When you import, images are brought in in whatever order the OS presented them to LR using multiple parallel internal processes. So a small file may show up before larger file even thought the small file was down stream from the larger one. Likewise, there is no inherent order to images in a collection or a folder either in LR or in your operating system. The Display or Sort order takes what is essentially a randomized set of images and shows them to you an an order based on some content you specify such as date or file name or number of stars among others.

Lightroom uses several Threads and imports several files at a time. The first one that finished gets the added to the catalog followed by the others. So you get 4-5 files being added at the same time. The default display order is “Added Order” and this is what you see in the grid view unless you change the sort order on the tool bar.

I will have to respectively disagree with your replies. I ran a simple test this morning with 10 pictures, numbered 1 - 10 in each image. Please notice the file names and the numbers for each image.

Only when imported using the sort order set to OFF or to CAPTURE TIME were the images imported and renamed correctly. This has not been my experience previously. 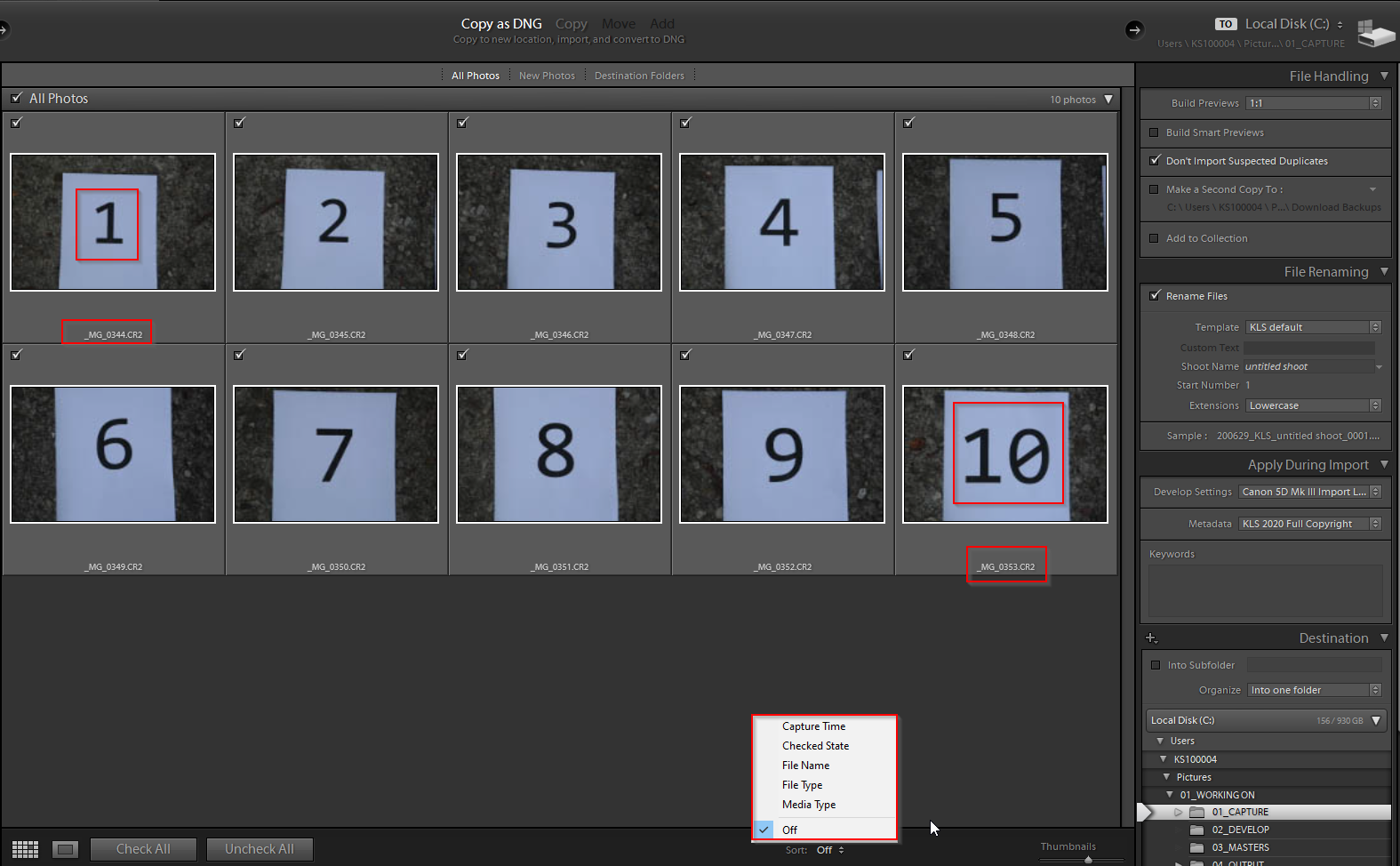