DxO's new Pure Raw app is interesting. They took their of raw file conversion, lens corrections, and noise reduction and spun them off as a standalone. You can use Pure Photo to read your native raw file, process it, and output a new DNG raw file. So you can keep your original file and have the new DNG for processing in your favorite apps.

From I have seen, this throws down the gauntlet to both Adobe and Phase One. At least the new profiles in C1P do a better job....if you are lucky to have one of those new profiles available for your camera. But with ACR/Develop.....no such luck, So it is indeed time for Adobe to step up on ACR/Develop capabilities/performance. Maybe that is what Adobe has been working on these past few months. Hope springs eternal.
"Too much sanity may be madness and the maddest of all, to see life as it is and not as it should be."

I've started playing around with DxO PureRAW and not sure what it will give me over LrC with TOPAX DeNoise and Sharpen when I need it.

Unlike TOPAZ, there are no controls for making any adjustments. It seems to be all or none for everything in PureRAW

During my testing, I discovered that TOPAZ will read RAW files as well and save as DNG so have been playing around with that.


mcasan said:
You can use Pure Photo to read your native raw file, process it, and output a new DNG raw file. So you can keep your original file and have the new DNG for processing in your favorite apps.
Click to expand...

That may be an advantage with other apps but not LrC which does not make any changes directly to the RAW file.

I tend to set my shutter and aperture and let my ISO float. I don't have a big need for lens correction but, as you would expect, denoise. So attached are couple of screen shots of PureRAW and Topax DeNoise using AI auto. This was one as a TIFF edit-in from LrC to Topaz. This shot was from Nikon D5100 with an ISO of 25,600 (see below for why). Both screen captures were from Windows Snipping tool. Both were zoomed. 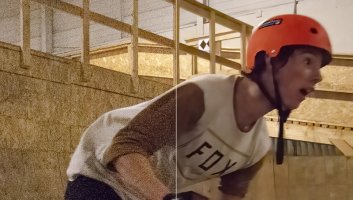 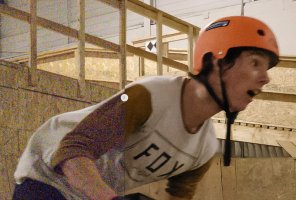 I'm still trying to determine exactly what adjustments PureRAW makes in the conversion.

So now, why so high an ISO on such a consumer crop-sensor camera like the D5100? Well, it was my first time trying to take action shots. I'm primarily a landscape photographer. No flashes were allowed. The D5100 was not fast enough so I ended up going completely manual but had to let the ISO float hi to get the shot with the available light. Yes, very noise but a good test.

It does for a couple of reason's.
I'm part way through looking at Topaz Denoise converting RAW versus launching it from LrC. The preview shows a difference but I'm not sure the actual application does.

Topaz Denoise offers 3 different engines to choose from plus controls for the amount on denoising and sharpening you can apply. PureRAW does not offer any controls. 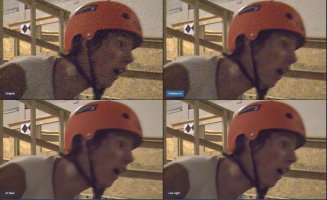 This is a very noisy image. Because of the noise, a lot of detail would be lost too. To remove the noise as has been done would result in a smooth image and lest detail because the detail was no captured in the first place. The same image using LRs Noise Reduction would result in the same level of detail in the face to remove all of the noise. You can't judge the NR of Topaz based upon one hi ISO image with Topaz Settings that you did not choose yourself. Also "Auto" setting rarely results in the best set of adjustments for every image.
-- Cletus D. Lee --

I've been using DxO's PhotoLab for some time, as a front end to Lightroom, and I've read a fair bit about PureRaw. Obviously, PureRaw isn't of interest to me.

Although DxO have broken out those features as described, I understand it has not included the Denoise controls that PhotoLab has - there is just the default settings. It's not a cheap product, and if it were me I'd stretch the extra amount and buy PhotoLab - which does have some interesting things to play with. For example, some might find the Control Point technology good for local adjustments before exporting.

If you had an older PL license, the upgrade to PL4 could be the same cost was discounted PR.
"Too much sanity may be madness and the maddest of all, to see life as it is and not as it should be."
Z

Adobe gets picked on a lot. I purchased PL3 in Nov of 2019. Canon released the R5 in August of 2020. Within 6 weeks both Adobe and C1 Pro released RAW support. DXO waited until Nov so you would have to buy PL4. I didn't.
You must log in or register to reply here.
Share:
Facebook Twitter Reddit Pinterest Tumblr WhatsApp Email Share Link
Top